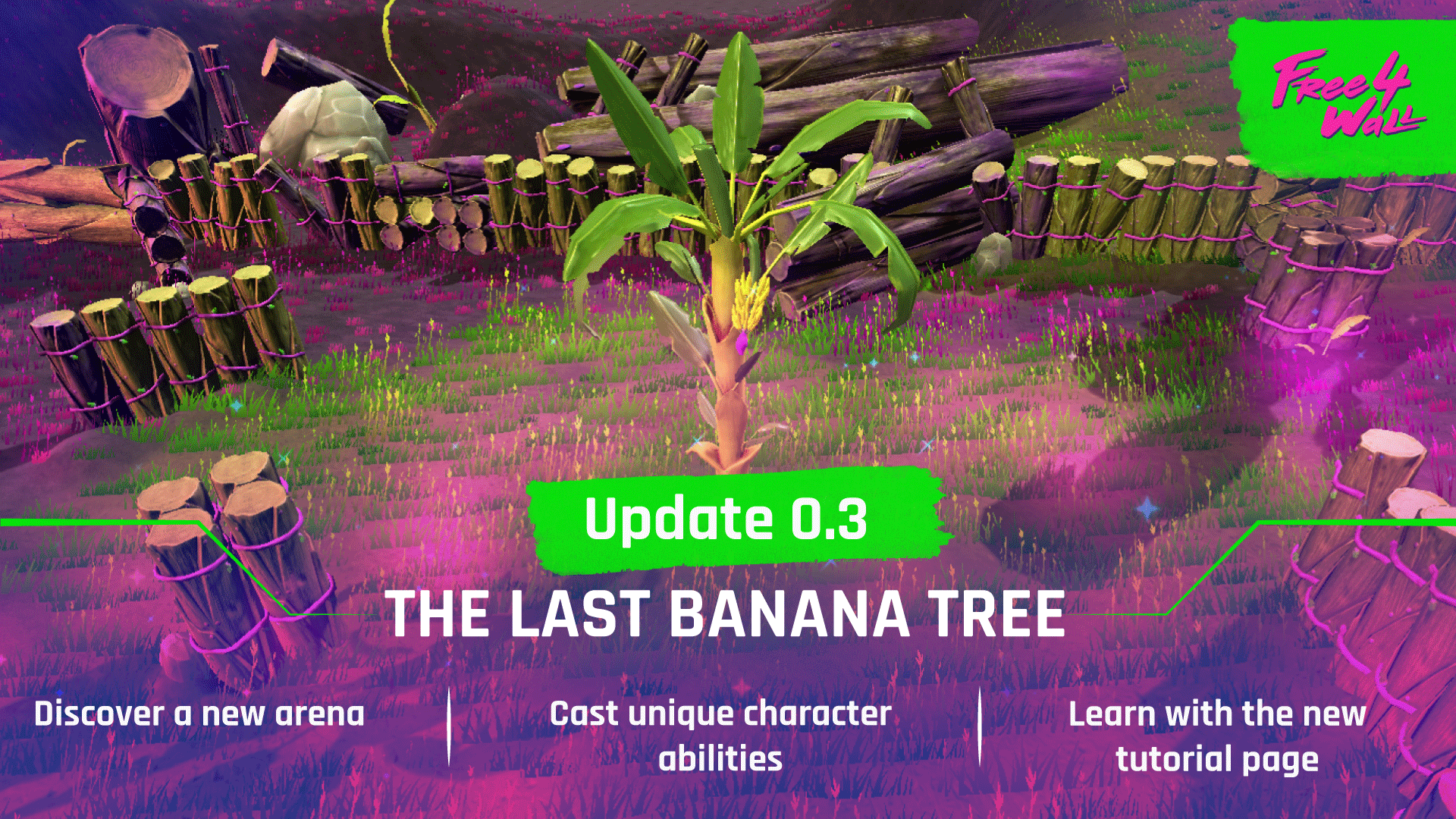 Hey people, how you doing?

During this time we were absent, we had the opportunity to showcase our game at some events(Thanks Indiewarehouse <3).

After a couple weeks of work and some feedback gathered in different situations, we made some decisions based on what we heard and saw.

First thing that we discovered was that the Map was way too small and couldn’t deliver the experience we were expecting, so we decided to make a new one from scratch, a map that could create more possibilities and new strategies for all kinds of players.

Second thing is that the we couldn’t differ the characters one from the other, they didn’t have any kind of appeal, so half of the cast was being completely ignored. So we made a huge decision of giving abilities and totally new stats for each character. We hope this change will make the game feel more alive and create new possibilities of gameplay.

And, knowing the game is becoming a little more complex, our last addition was a new (WIP) tutorial system with some gifs showing how to play and explaining characters mechanics and abilities.

Ze is a ranger character that exceeds on dealing damage from far away. He has only one bullet but it recharges really quickly.

The further his shots travels before hitting a wall, the higher the damage will be.

While holding (R1 / Left Mouse) down, Ze strikes 3 arrows instead of one.

He shoots 5 ghost arrows that only collides with the walls. Then each arrow explodes.

The explosion size and damage are based on the distance the arrow traveled.

Tiffany is a scout/ranger character that has decent damage and speed.

She exceed on 1v1 fights because she can control the map/opponents positioning.

Tiffany charges for a while and then shoots a massive bullet that deals a lot of damage.

She creates a dome, heals herself for 25% of her maxHP and becomes invulnerable while the dome is active. The dome destroys every enemy bullet inside and when an enemy tries to enter, he is put to sleep for a while.

Malcolm is a tank that can handle a couple bullets, using his shield, he can even turn enemy bullets against themselves.

Malcolm creates a shield in front of himself that can bounce back enemy bullets, but it can only hit a couple bullets in each use. While the shield is up, he consumes his bullets.

Malcolm dashes a short distance and creates a shield in front of himself, after the dash is over. While the dash button is still pressed, the shield continues.His dash spends one bullet.

After creating his shield, Malcolm can aim and shoot it at someone. If it grabs someone and hits a wall, the player will die instantly.

Dark Elf is a strategist, a Scout character that has to use the field in his favour, putting turrets that will explode if in close contact with other players, but be careful, he can be slow and squishy.

Dark Elf plants a turret on a wall nearby that can deal damage to players that get too close to it. The turret is also used in his ultimate, so pay attention to where you are putting them.

After planting enough turrets, Dark Elf can shoot an enemy character. If the shot hits, all the turrets will transform into bullets and travel in the players direction and hitting it. The more turrets Dark Elf has, the larger the damage.